Skip to Content
Free shipping on all orders $35 and over SHOP NOW
Home Blog Uncategorized I Love Overalls!
Share

Seriously, I have always loved overalls!  I would wear them as often as I could when I was younger.  I even got a couple pairs when I was pregnant with my kids, although I didn’t end up wearing those ones much.  I love overalls!  They are comfy and who doesn’t adore all those pockets, right?
Years ago I bought some adorable blue corduroy fabric with little cows on it with the intention of making overalls for my then-pre-school-aged cousins.  Yeah, there’s a serious age difference going on!  So I cut my tissue paper patterns, laid out the pieces “just so” and cut my fabric, then I put it all away to work on when I had more time to devote to putting them together.  Fast forward, um, well, let’s just say it’s been more than ten years and those overalls are still sitting in a bag, waiting to be made.  I did actually pull the fabric out about a year ago, thinking they might fit my own kids, but honestly, the directions to put them together were just more than I wanted to deal with.  I think I actually got the pockets on the fronts, maybe the backs, but they never looked quite lined up, and I just didn’t want to keep going if they were going to be crooked.
Recently I found Peek-A-Boo Pattern Shop and when Amy, the owner/designer, started posting previews of her overall jumper, I was smitten!  It was exactly the look I wanted to make for my kids!  The great thing about PAB is that she offers a few free patterns on her website to try out.  I can’t even imagine what it takes to figure out and put together a paper pattern but these are amazing!  What I didn’t realize was that I have actually been wanting to pick up her Classic Footed Pajama pattern for about a year now but never thought to really look at her site, I had no idea what I was missing out on!
First of all, you get the pattern for an incredibly reasonable price and most patterns come in sizes 3 months to children’s size 10!  You can’t get a single tissue paper pattern in that many sizes!  Plus, since it is a digital file, you can print it off as many times as you need!  For me, I print the pattern in black-and-white, then I use pattern tracing paper to trace the size I need.  I prefer using the pattern paper (similar to interfacing) over printing a new pattern only because my printer uses up ink very quickly.  I am planning to purchase some accordion files to store the original printed pattern and each traced size in the same area. 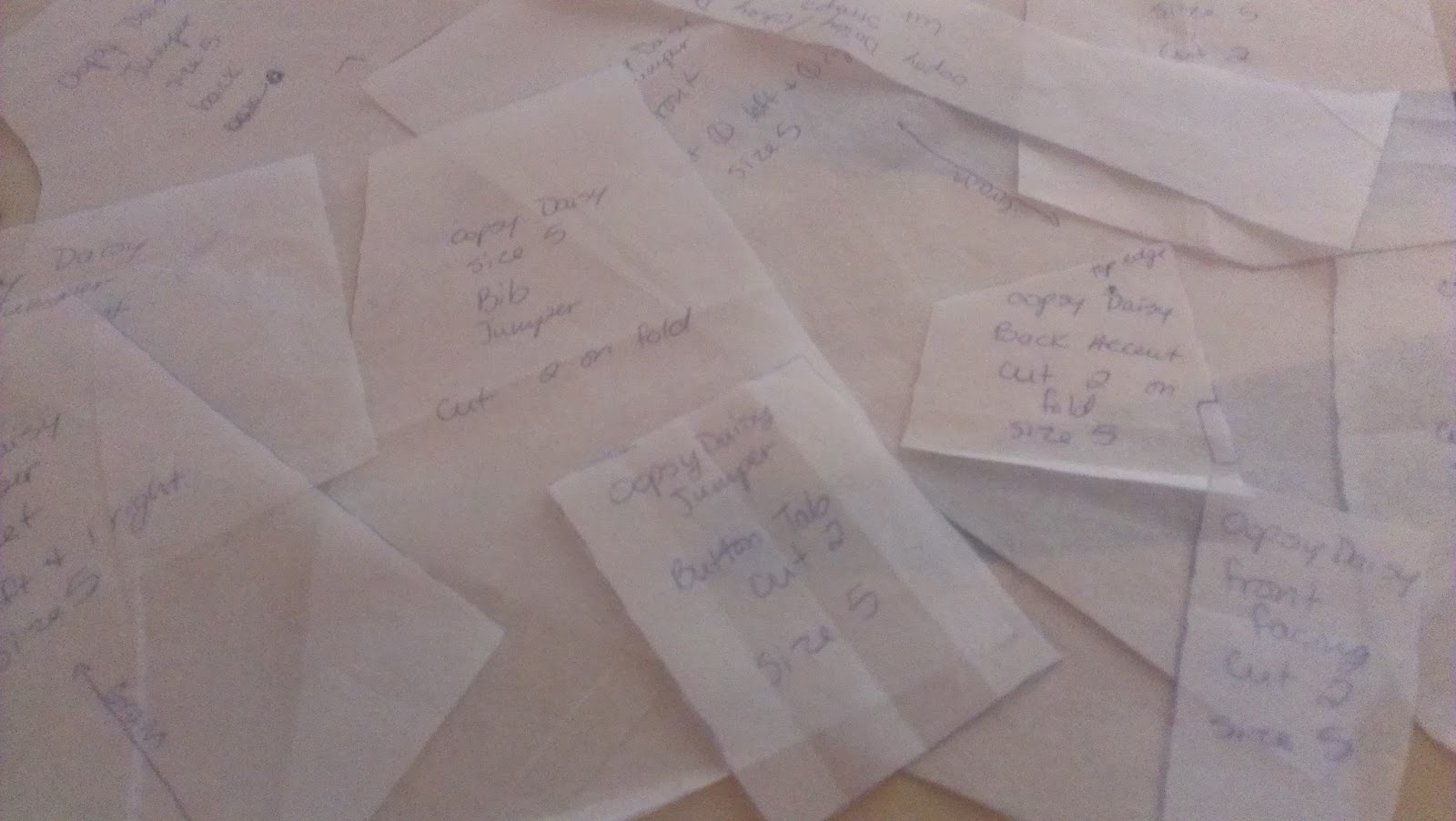 The directions for the patterns (well, for every one that I have gotten so far) comes not only with detailed instructions but lots of photos for easy reference.  The photos are great because they are not those black-and-white diagrams of what some manufacturer thinks the items should look like, PAB instruction photos are full color, actual project photos, some include additional markings.  Again, in a effort to not allow my printer to force me into bankruptcy, I actually use my Adobe Reader on my tablet to scroll through instructions.  I am even able to “mark up” my notes using Reader, so if I decide to go out of order (which is something I do a lot) I can mark what steps I have done so I don’t miss a thing!

I have to say though, one of the greatest things about these patterns is the support from not only the designer but also from her testers and other sewists!  Amy has a blog where she shares tutorials for patterns, updates followers on new patterns or news, offers free tutorials (and patterns) for designs not in her store and also shares mash-up tips where you can take patterns and mash-them-up to make your own hybrid patterns!  There is also a Facebook page and group (this is a closed group and you must request to join) to get help with patterns, ideas, even great places to purchase fabric!
So!  When the Oopsy Daisy Overalls Jumper was being released, I just knew I had to have it!  The great thing is, there are lots of ways to get a discount!  I not only got the jumper during a Thrifty Thursday special sale, when I added the Okie Dokie Overalls (pants/shorts) there was a coupon code for $3 off!  I did happen to have twill fabric that I wanted to use for these patterns, and in the Facebook group, Amy was doing a sew-along, which is fabulous because it helps to break down the pattern and addresses any issues people might be having with making the patterns.
I had every intention of sewing along with everyone else, up until I found out my iron was broken.  I was so bummed!  At the end of the sew along, people were encouraged to post their completed photos for a chance to win a store credit!  Even though I didn’t finish in time for the “contest” I was able to borrow an iron in order to get the overalls made.  After making them, I will never (well, at least in my foreseeable future never) buy another tissue-paper pattern again!  Even as a work-at-home-mom of two little girls, the jumper took me about four or five hours, including cutting time, although it was spread out across a couple days.  When I was ready to make the overalls, they took me significantly less time to put together! 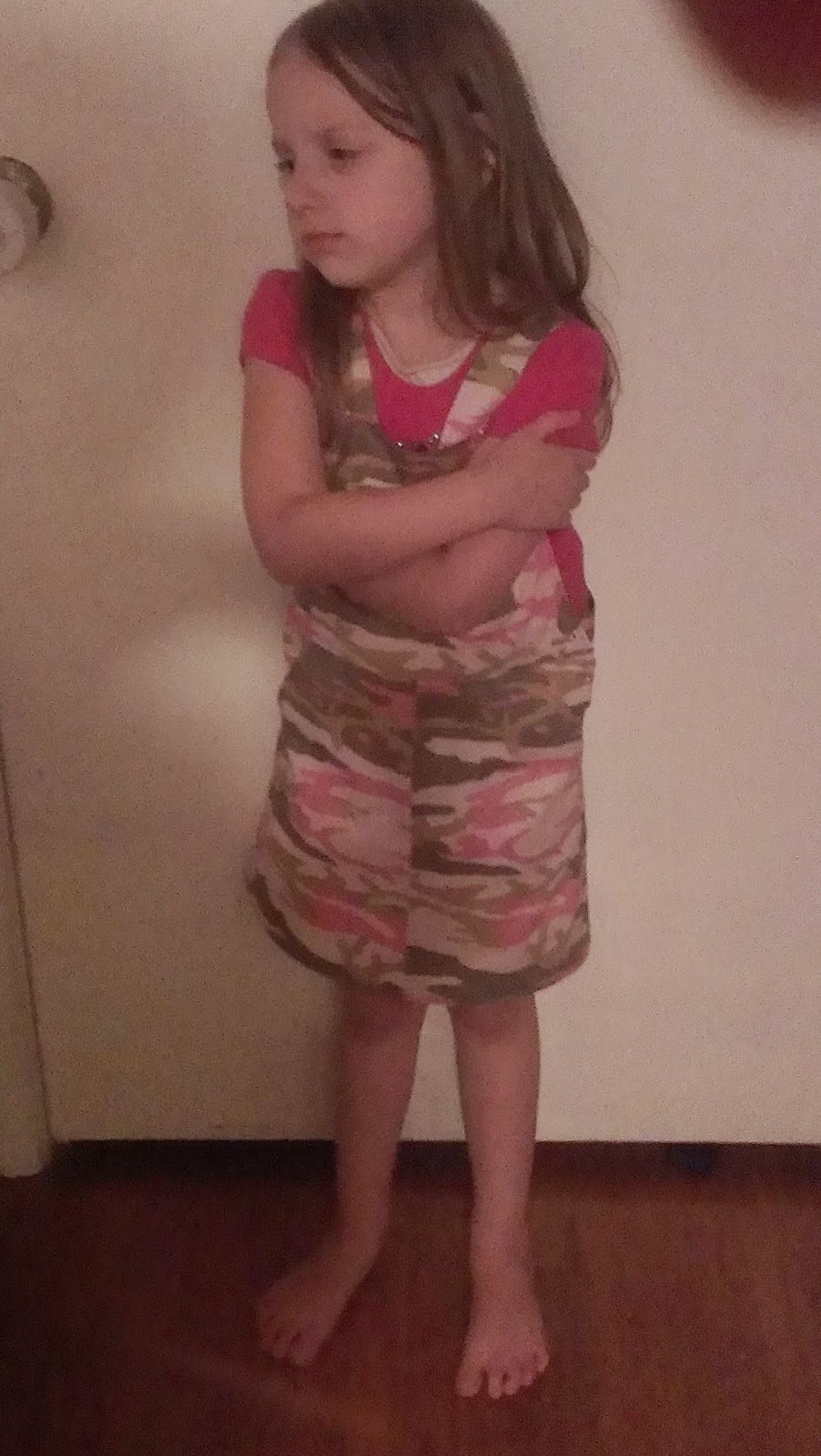 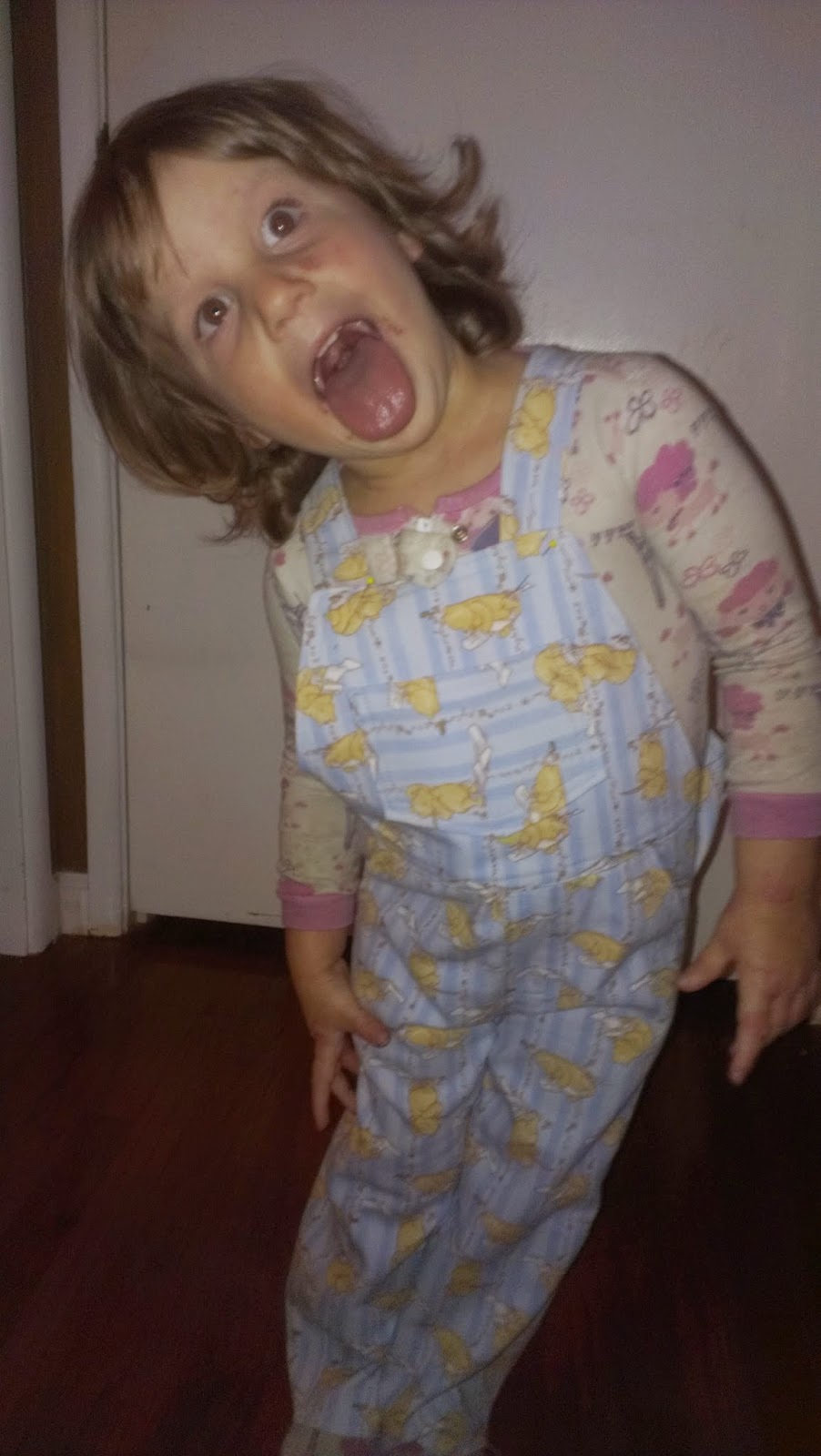 I seriously can’t wait to make my next patterns!  In the next week I have plans to make Halloween costumes for my kids!  Be sure to check that out here.
I have about a dozen patterns now from PAB, and I love the variety.  Since Samie loves dresses so very much, I have a feeling my next few projects are going to be for her.  I also bought patterns to make snow pants and jacket, a zippered hoodie and a camisole and panties pattern, since Samie is so hard to shop for when it comes to undergarments!  I have to admit, my wishlist includes pretty much every pattern on the site, but from what I have seen in the Facebook group, most of these patterns go together incredibly quickly!
Happy crafting!

This site uses Akismet to reduce spam. Learn how your comment data is processed.

Any cookies that may not be particularly necessary for the website to function and is used specifically to collect user personal data via analytics, ads, other embedded contents are termed as non-necessary cookies. It is mandatory to procure user consent prior to running these cookies on your website.